The Chase off to a great start in the US 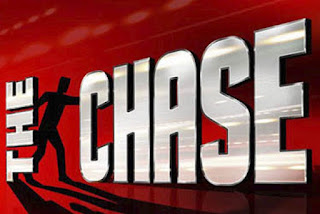 ITV Studios' #1 quiz show The Chase launched in the US on ABC and immediately attracted audience's attention. With more 6.2 million viewers, the show brought in a 0.9 rating point in the key demographic and was the winner in the time slot of the younger demographic (18-34). Fair to say: The Chase is on in the United States, featuring the well-known quizzers from fellow game show Jeopardy! The Greatest of All Time James Holzhauer, Ken Jennings and Brad Rutter and hosted by The View's Sara Haines.
The Chase US is locally produced by ITV America's ITV Entertainment. Three contestants compete against a "quiz genius" (the Chaser), facing a number of general knowledge questions, followed by a one-on-one with a Chaser. In the final round the contestants work together, fighting to win a cash prize.
The Chase first appeared on UK screens – where it is produced by ITV Studios label Potato – in 2009. Since then, it has gone on to be commissioned in 15 territories including Australia, Denmark, Germany and Spain.