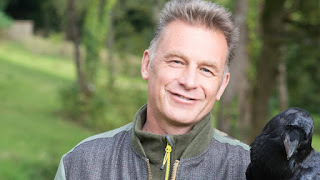 With the help of experts, experiments and the very latest science, audiences will join Chris Packham as he shines a light on some of the animal kingdom's savviest species and explores the skills and techniques they harness in the daily battle for survival.
In each episode Chris and a team of experts will hone in on a different skill to showcase the most cunning creatures, investigating the Masterminds, Communicators, Builders, Social Networkers, Con Artists and Travellers of the animal kingdom.
Revealing startling new scientific discoveries, Chris Packham's Animal Einsteins introduces audiences to the scientists at the forefront of animal behavioural research, who are using incredible technology to test animals intelligence like never before.
From bees that can do maths and play football, and apes that use body language humans can understand, to cuttlefish that can disguise their gender, budgies that choose mates based on intelligence, and the dung beetles that use the light of the Milky Way to navigate, this series puts the spotlight on the intelligence of the animal kingdom and the ingenuity it takes to survive.
Rosemary Edwards, Executive Producer, BBC Studios Natural History Unit said: "I'm thrilled that we've been able to bring Animal Einsteins to fruition despite the challenges of a global pandemic, and can't wait for audiences to see this extraordinary side to the animal kingdom. It's a really eye opening series, packed full of incredible wildlife and scientific discovery."
Chris Packham's Animal Einsteins is a 6x60' BBC Studios Natural History Unit Production for BBC Two and will premiere on Sunday 21 February. It was commissioned by Jack Bootle, Head of Commissioning, Science and Natural History, BBC. The Executive Producer is Rosemary Edwards and Series Producer is Joanne Stevens.