Channel 4 and Keo Films to tell the extraordinary story of Lucy, the chimpanzee raised as human and her return to the wild 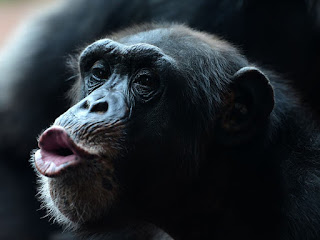 Channel 4 reveals the fascinating story of a female chimpanzee raised as a human, and the woman who took on the near impossible task of helping to give her freedom, by living with her in the wild.
In 1960s suburban America, chimpanzee Lucy was raised as a human from two days old in an experiment conducted by psychologists from the University of Oklahoma.  By age 11 Lucy was too strong to be kept by her human family.   In an extraordinary attempt to give her freedom, a plan was made to take her to Africa to teach her to be a wild chimp.
A young student called Janis Carter, who had befriended Lucy, was asked to go with her and the psychologists.  Janis and Lucy arrived in The Gambia, West Africa in 1977.  The plan had been for Janis to stay for a couple of weeks.  But with Lucy struggling to adapt, Janis stayed on and lived with Lucy in the wild on a remote uninhabited island for over 6 years.
Director Alex Parkinson weaves the story of their unbreakable cross-species friendship and survival against all odds and explores the blurred boundaries between species. The film includes archive footage and photographs of her 'human' childhood in the USA and of Janis and Lucy's life together in The Gambia.
"Janis has waited 40 years to tell this story. It takes us back to a very different time, but it has a powerful message for today," says executive producer Matt Cole.
Janis & Lucy, a one-off documentary from Keo Films, centres on Janis's emotionally charged first-person account and uses previously unseen archive film and photographs as well as dramatic reconstruction. Computer generated "virtual sets" were used to bring to life locations in The Gambia and USA. This technological solution allowed filming to continue despite travel restrictions imposed during the pandemic.
Sacha Mirzoeff, Commissioning Editor at Channel 4, said: "The unique story of Janis and Lucy is set in a very different time - one where the boundaries of our relationship with animals were surprisingly different to today.  And yet it also raises the eternal question about what divides humans from our nearest animal relatives and offers profound discoveries about the values we share with our nearest animal relatives."


It will air on Channel 4 this spring.