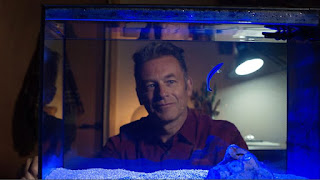 Life in the natural world is undoubtedly tough. Animals need to find food, create a safe home, attract a mate, raise a family and the most important of all - avoid being eaten.
But it's not only the physically fit that survive and thrive: problem solving, cunning trickery and the ability to co-operate with others can give some animals the upper hand.
In Chris Packham's Animal Einsteins viewers will meet nature's savviest species who show that brainpower, ingenuity and clever tactics are just as important as brawn in the daily battle for survival.
With the help of experts, experiments and the very latest science, Chris Packham shines a light upon some of the smartest creatures and explores what has led them to develop such talents.
Each 60-minute episode explores a very different skill, and showcases the animals that have honed that skill to perfection.