Dragons' Den opens for business on BBC One in 2021 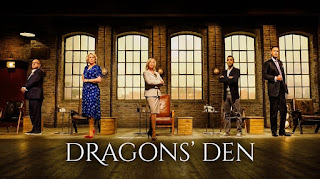 The Dragons - Peter Jones, Deborah Meaden, Touker Suleyman, Tej Lalvani, and Sara Davies - have all returned to the Den. Filmed during 2020 following the introduction of new guidelines that allowed the UK's TV production industry to restart and is to air in early 2021.
The Bafta-nominated series is produced by BBC Studios and has remained consistently popular with audiences over the years since it first broadcast on the BBC in 2005, with series 17 peaking at 3.4m viewers.
The last series saw a total of 27 investments made with nearly £2m pledged in the Den. Since its doors first opened in 2005 over 1,000 entrepreneurs have entered and there has been a total of 18 Dragons, who have made 276 deals and pledged over £22m in investments.
Kate Phillips, Acting Controller, BBC One says: "Dragons' Den has always been a favourite show with viewers and is still hugely popular. As a result it feels like the time is right to move our formidable Dragons' to BBC One, so they can entertain an even wider audience."
Hannah Wyatt, Managing Director for Factual Entertainment at BBC Studios, says: "We're thrilled to be taking the Dragons to BBC One and it's a real testament to the show's enduring popularity and the fantastic team who produce it. As Covid-19 continues to present a huge challenge for the business community across the nation, there has never been a more appropriate time to showcase great British entrepreneurialism to an ever wider audience."
Dragons' Den is a BBC Studios production. The Executive Producer is Chi Ukairo, the Series Producer is Samantha Davies and the Commissioning Editor for the BBC is Sarah Clay. Series 18 will air in 2021.
Dragons' Den was in the top 10 programme episodes on BBC Two so far this year for volume of all individuals, performing particularly well for younger and underserved audiences.