Horror anthology The Terror acquired by the BBC 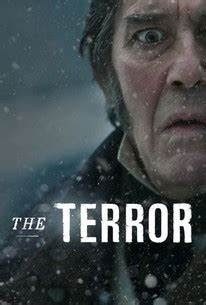 The series is inspired by true events and is a fictionalised account of Captain Sir John Franklin's lost expedition to the Arctic. It follows the Royal Navy's perilous voyage into unchartered territory as the crew attempts to discover the Northwest Passage. Faced with treacherous conditions, limited resources, dwindling hope and fear of the unknown, the crew is pushed to the brink of extinction.
Frozen, isolated and stuck at the end of the earth, The Terror highlights all that can go wrong when a group of men, desperate to survive, struggle not only with the elements, but with each other.
It features a stellar cast of names including Jared Harris (The Crown, Mad Men), Tobias Menzies (Outlander, Game Of Thrones), Ciarán Hinds (Game Of Thrones, Rome), Paul Ready (Cuffs, Utopia), Adam Nagaitis (Houdini And Doyle, Suffragette), Nive Nielsen (The New World) and Ian Hart (Neverland).
Sue Deeks, Head of BBC Programme Acquisitions, says: "The Terror is an atmospheric, character-driven drama, full of menace and foreboding, which will thrill and chill BBC viewers all the way to its icy denouement."
The Terror is 10x60' production acquired by BBC Programme Acquisition. It is Executive Produced by Ridley Scott (The Good Wife, The Man In The High Castle)/Scott Free Productions and the Executive Producers and Showrunners are David Kajganich (True Story, A Bigger Splash) and Soo Hugh (The Whispers, The Killing).