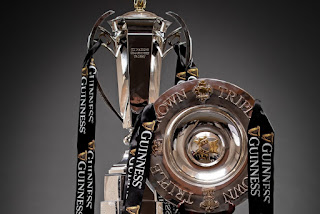 A peak of 8.7 million viewers watched Scotland clinch their first Calcutta Cup win at Twickenham since 1983 on ITV yesterday.
The audience was the highest for the Calcutta Cup for at least more than a decade [higher than records going back to 2010], beating the peak of 8.6 million who watched last year's clash.
ITV's free to air coverage of the match on the opening day of the 2021 Guinness Six Nations series was watched by an overall average of 6.4 million and 36 per cent of the available audience watching television yesterday afternoon.
The coverage was popular among young viewers with almost half of 16-34 viewers tuning in - an average of 46 per cent and one million, peaking with 1.3m and 56 per cent.
ITV's coverage of the Guinness Six Nations continues on Saturday 13 February with England v Italy from 1.30pm.