Agatha and Poirot: Partners in Crime 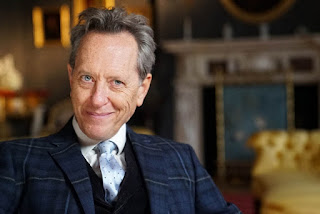 Agatha and Poirot: Partners in Crime
This Easter, in a unique new documentary, ITV will celebrate the queen of crime Agatha Christie, and her most enduring literary creation, Hercule Poirot in Agatha & Poirot: Partners in Crime.
Marking 100 years since the first literary appearance of Christie's illustrious super sleuth, Agatha & Poirot will chart the origins and history of Hercule Poirot and trace the inimitable Belgian detective's lasting impact upon popular culture.
Presented by Richard E Grant, and featuring contributions from family and famous fans, Agatha & Poirot will explore the life and personal experiences of Christie, which inspired the plots, characters and locations of her literary masterpieces.
Examining the relationship between Christie and her longest literary life companion Hercule Poirot, the documentary will explore the story behind some of Christie's most timeless publications, from Poirot's first outing in The Mysterious Affair at Styles to later pursuits in Murder on the Orient Express and Death on the Nile.
Viewers will visit Christie's Devon  home of Greenway with great grandson James Prichard; experience luxury train travel with Joanna Page; explore Poirot's popularity across the big and small screens with Stephen Fry; and enjoy Christie's love of luxury food with chef Marcus Wareing.
Agatha & Poirot features an all-star cast of Christie enthusiasts and experts, including actors Zoe Wanamaker, Hugh Fraser, Amanda Abbington, Lesley Joseph, Danny John Jules and Caroline Quentin. As well as screen writer Anthony Horowitz, Historian Bettany Hughes and Cultural Expert Gus Casely-Hayford.
Sohail Shah, Executive Producer at King of Sunshine Productions, said "Agatha Christie is the biggest selling crime writer of all time, and her own life is as compelling as her many novels. With Richard E Grant at the helm, it is our privilege to tell the story of the writer that created the greatest detective in literature."
James Prichard, Agatha Christie's great grandson and CEO of Agatha Christie Limited, said
"I think it is a testament to my great grandmother and her extraordinary creation Hercule Poirot that we are still celebrating them after 100 years, and also that there is still so much to learn."
Agatha Christie's Poirot is currently available on BritBox