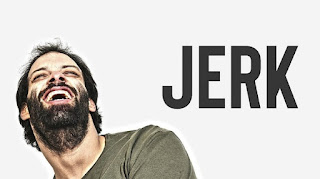 Jerk is a black comedy that revolves around the character of Tim (played by Renkow), a man who uses the fact that he has cerebral palsy to try and get away with anything. Tim makes people feel uncomfortable. He knows that because he does it on purpose. But that's his problem, time spent taking aim at small targets means he constantly misses out on life's bigger prizes.
Co-creator, co-writer, associate producer and star of Jerk, Tim Renkow, says: "We're back! I can't wait to get back to work, see everyone and contribute to the fall of western society."
Shane Allen, Director of Comedy Commissioning at the BBC, says: "Great to have the most wickedly funny and boundary pushing show on British TV back for more no holds barred comedy. Jaw dropping and side splitting in equal measure."
Rebecca Murrell, Producer, says: "Tim Renkow is back, fully vaccinated and more outrageous than ever."
Renkow was nominated for Breakthrough Act at the RTS Awards 2020 and Jerk won the Representation of Disability Award at the Mipcom Diversify TV Excellence awards. In November 2020, Tim was also selected as a writer-performer for Bafta Breakthrough.
Jerk is a co-production between Roughcut TV and Primal Media for BBC Three and was commissioned by Fiona Campbell, Controller BBC Three and Shane Allen, Director Comedy Commissioning at the BBC. It is produced by Rebecca Murrell (Trollied, Jerk series one) and directed by Tom McKay (Drunk History, The Agency). The executive producers are Alex Smith and Ash Atalla for Roughcut TV and Mat Steiner for Primal Media. The Commissioning Editor for the BBC is Ben Caudell.