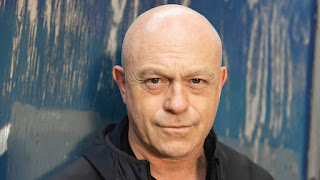 ITV is to show a new two-part documentary series in which Ross Kemp goes on the trail of Britain's very own tiger and lion kings - those who keep dangerous wild animals.
The new series, Britain's Tiger Kings - On The Trail With Ross Kemp [W/T], which airs later in the Spring, features the award-winning documentary maker going on a journey to discover why anyone would want to keep a 250kg feline, and asking whether it is in the best interests of the animal to do so.
It's understood there are about 4,000 animals including lions, tigers, bears, crocodiles and giant snakes in private hands in the country, and in the programmes, filmed in line with Covid rules, Ross meets a man who keeps two lions in his back garden, and a couple who have used the profits from their scrap metal business to build a 200-strong animal collection. Ross also meets a former circus trainer who now trains animals for television programmes, films and adverts who keeps tigers among his menagerie.
In one instance, Ross discovers that the rescued big cats have caused fierce division in the village where they are kept, with some neighbours expressing concern about the wellbeing of the big cats. The owner tells Ross they love him and are like 'puppy dogs'.
Ross also travels to Munich, where he unwittingly ends up in a cage with a lion.
Ross says:
"When I first started making these films I didn't think it was possible to privately own a lion or a tiger in this country. I've found it truly eye-opening and disturbing to discover just how easy it is to source one and get permission to keep it legally.
"These programmes explore what motivates someone to want to own a wild animal - whether it be a tiger, a lion, a 20ft snake or even a crocodile, and whether it is right to do so. It certainly is a complex and emotive subject, and I found that some of the people who kept wild animals were quite extraordinary.
"It's important to remember that all the big cats I came into contact with were born into captivity and therefore wouldn't survive in the wild. But when I asked if they would consider sending their cat to a sanctuary which offers something close to a natural habitat - the answer was often no."