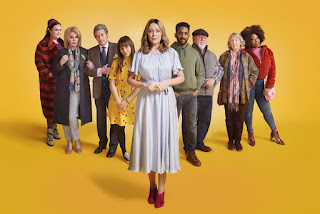 ITV's Head of Drama, Polly Hill, has confirmed a second series of six-part darkly funny, contemporary drama, Finding Alice, created by Roger Goldby, Keeley Hawes and Simon Nye and produced by Red Production Company in association with Bright Pictures TV, Buddy Club Productions and Genial Productions.
Airing on ITV during January and February, Finding Alice is currently averaging 7.0m viewers across all devices including 1.8 million watching pre-broadcast across all platforms.
To date Finding Alice has had 10.9m programme streams since being made available on the ITV Hub, with an average of 1.4m viewers per episode.
The series, currently still available for viewers to catch up via the ITV Hub, focuses upon Alice's honest, raw, blackly comic journey of grief, love and life after the death of her husband Harry.
Following his accidental sudden death, Alice finds herself in the midst of storm of secrets, debt, suspicion and criminality which she has been forced to confront in order to survive.
Commented Executive Producer Keeley Hawes:
"I'm so pleased to be reuniting with the brilliant team behind Finding Alice for a second series. We've been honoured to hear from so many viewers who have related to Alice's experience of grief, and look forward to sharing the next stage of her journey."
Filming for the new series of Finding Alice will commence in February 2022. Picking up a year on, the second series will explore the consequences of Alice deciding to have her dead husband's baby and the impact this decision has on her friends and family.