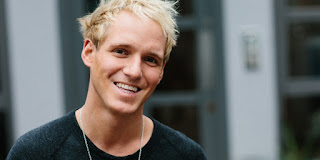 BBC Three today confirmed Jamie Laing as the presenter and Kaelynn 'KK' Harris as resident dance expert and judge for I Like The Way You Move (8x60'), the brand new dating series from BBC Studios that gives contestants the chance to find love through dance.
Jamie is no stranger to the world of dance, making it all the way to Grand Final of Strictly Come Dancing in 2020 alongside his professional partner Karen Hauer, entertaining audiences with a string of memorable performances along the way before the finishing the series as runners-up.
As well as his recent stint on Strictly, in 2020 Jamie also launched his brand new podcast, 6 Degrees from Jamie and Spencer, which has established itself as one of the most popular podcasts for under-35s on BBC Sounds. Jamie can also be heard on his popular podcast Private Parts which he co-hosts with Francis Boulle, giving listeners a witty and insightful view into their everyday life. The series has had 30 million listeners to date with 1 million per month and growing.
Kaelynn 'KK' Harris is a world renowned dancer, choreographer, and actress. Most recently, KK has featured in HBO's hit series, Lovecraft as Topsy. KK has worked with such artist as Sade, Soulja Boy, Willow Smith, Queen Latifah, Cicely Tyson, Mindless Behavior, Missy Elliott, Usher, Gwen Stefani, Cardi B, Ciara, Fergie, Mya, Mulatto and Britney Spears. KK has added even more to an already impressive resume by performing for millions on multiple episodes of Glee! The X Factor, The Voice, MTV VMA's, BET awards, Empire, Disney, Academy Awards, Nickelodeon and US TV commercials. At 16 years old, she became a viral sensation known for her versatile dance style, clean and sharp execution and creative movement.
Jamie Laing says: "Just when everyone thought they were safe from seeing me dancing again (I miss Hercules!), here I am already returning to the dance floor for the BBC. This time, however I will be helping others find love by getting them to learn some irresistible dance moves. I cannot wait to meet the single contestants, and hopefully I'll be able to give them some good tips from what I learnt on Strictly to get a new hot date. I can't wait!"
Kaelynn 'KK' Harris says: "Dance is the international language that all can understand. What better way to find love is to merge two of the most influential things- love and dance! I can't wait to meet the contestants, offer some valuable insight, and follow along on their beautiful journey!"