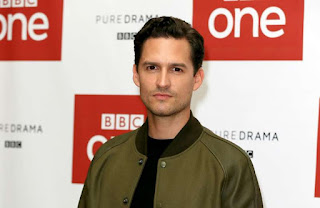 Ben Aldridge stars in ITV's The Long Call, a four-part crime drama adapted by Kelly Jones and produced by Silverprint Pictures
Our Girl and Fleabag actor Ben Aldridge is set to take the leading role as DI Matthew Venn in ITV's new adaptation, The Long Call, produced by ITV Studios label, Silverprint Pictures and co-produced with BritBox North America.
The evocative and gripping four-part event drama is inspired by the best-selling novel of the same title from award-winning writer Ann Cleeves, creator of the iconic Vera and Shetland series. Des and Baptiste screenwriter, Kelly Jones, will write all four episodes in her first solo series.
Ben will be joined by Juliet Stevenson playing Matthew Venn's mother, Dorothy and Martin Shaw as the spiritual Brethren leader Dennis.
Anita Dobson, Neil Morrissey, Pearl Mackie, Dylan Edwards, Sarah Gordy, Amit Shah and Alan Williams also add their talents to the illustrious cast.
Commented novelist Ann Cleeves:
"I can't think of anyone who could play Matthew Venn better than Ben Aldridge.  He will bring an authenticity and commitment to the role.  I always hoped that the actor chosen would come from Devon, where the books are set, and he does.
Ben was the actor who read the audio book even before the TV show was commissioned.  I love his pared-back, restrained narration.  He's worked on the novel as well as the script, and so he understands the character in depth.  No author could wish for more."
The character-led, atmospheric crime drama is driven by the intriguing and flawed protagonist, Detective Inspector Matthew Venn, who has returned to live in a small community in North Devon with his husband, Jonathan.  It's a place Matthew walked away from 20 years ago, after being rejected by his family.
Commented Ben Aldridge:
""I'm delighted to be playing Matthew Venn, a brilliantly unorthodox detective who audiences will see solving a gripping and intricate case, whilst simultaneously surmounting a deeper, more personal mystery within himself. It's a poignant and complex journey of self-discovery and sexual and religious identity, which navigates the tension between pride and shame, and I feel privileged to be bringing it to ITV viewers in The Long Call."
We first meet the reserved, but intense Matthew Venn outside the local church as his father's funeral takes place. Sadly, the day Matthew turned his back on the strict evangelical community in which he grew up, he lost his family too.
Now he's back, not just to mourn his father at a distance, but to take charge of his first major murder.  A body has been found on the beach near to Matthew's new home: a man with the tattoo of an albatross on his neck, has been stabbed to death.
Through Venn and his team's investigation, we are introduced to a wonderfully rich ensemble of characters, in a compelling crime story which captures the stark beauty of the North Devon coastline, and a community where murder and intrigue bubble beneath the surface.
Written and adapted by Kelly Jones (Baptiste, Des, Call The Midwife) with Silverprint Pictures' Creative Director Kate Bartlett (Flesh and Blood, Shetland, Dark Heart) executive producing the series. Angie Daniell (Vigil, Alex Rider, Clique) will produce the series with Lee Haven Jones (Dr Who, Shetland, The Bay) directing each of the four episodes.
Filming begins this month and will take place in Bristol and the beautiful North Devon coast.