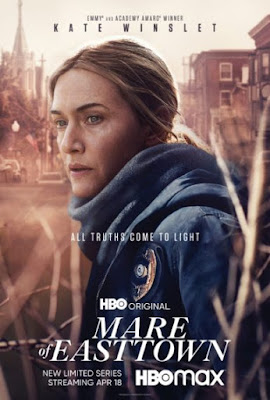 Mare of Easttown will air weekly from Monday 19 April on Sky Atlantic and streaming service NOW.

Academy Award®- winning actress Kate Winslet executive produces and stars in this mysterious seven-part crime drama following small-town Pennsylvania detective Mare Sheehan (Winslet) as she investigates a local murder at a time when her own life is crumbling around her.

Winslet also acts as executive producer for the series alongside creator and writer Brad Ingelsby (The Way Back), with all episodes directed by Craig Zobel (The Leftovers).

Mare of Easttown will air on Sky Atlantic and NOW on Monday 19 April.

Email ThisBlogThis!Share to TwitterShare to FacebookShare to Pinterest
Labels: Mare of Easttown