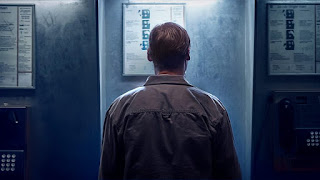 Set to transmit later this summer, the series is set in southern Sweden in the late 1980s and revolves around the real-life disappearance and subsequent murder of a 10 year-old girl. It follows the 16-year investigation into the murder and the determination of the local police force to solve the case.
Critically-acclaimed as unique in its genre by the Swedish press, the series is a co-production between Banijay-owned Swedish production company, Yellow Bird, Swedish public broadcaster, SVT, and Film I Skåne.
Sue Deeks, Head of Programme Acquisition, BBC, says: "'The Hunt For A Killer is a chilling, authentic and evocative true crime drama that BBC viewers will find completely absorbing."
Chris Stewart, SVP UK & Eire, Banijay Rights, says: "The Hunt For A Killer has been described as Sweden's answer to Manhunter, compared with True Detective, and is worthy of the accolades. Brutally authentic and masterfully directed by Mikael Marciman, it's a true crime drama that's guaranteed to get under the skin and we can't wait to share it with the BBC audience."