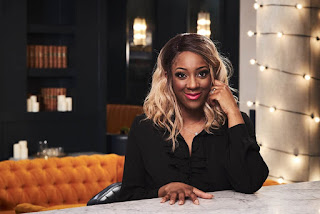 Series overview:
In this 20 x 60" series lovestruck singletons who've been harbouring feelings from afar finally reveal their hidden passion to their unknowing crush.
Whether they've been secretly dreaming of dating their best friend, colleague or gym buddy, it's time for the lovelorn to publicly admit the desires they've been keeping bottled up.
But will their affections be reciprocated? Is love going to blossom? Or should their secret crush have actually stayed secret? For the four hopefuls in each episode, it's time to find out.
Admirers from all walks of life will secretly invite their crush to join them, agreeing to be filmed as they declare their true feelings. The other person will be told before filming that someone in their life secretly likes them but won't find out who it is until the moment they walk into the date. Honest revelations, shocked faces, tears of relief, and potential new relationships could all be in store.
Q&A:
Did you encounter many awkward, shocking, or surprising moments during filming?
"We had snotty noses, lots of crying and some really dramatic confessions. Dental nurses being surprised by clients, a dater revealing for the first time his drag queen alter-ego and a glamour model explaining patriarchy to her crush. On one date, the girl was like 'what do you mean, I thought you liked guys? Why have you brought me on here?' It was a bit of a shocker."
What was it like saying goodbye to the couples whose dates didn't go well?
"It's tricky because you don't want to be condescending or patronising, but you also don't want to rub salt in their wounds. Most times people just want to get their coats and leave, but I had to do my job and ask a couple of questions. Saying bye to the couples whose dates didn't go well was the hardest part for me. But in most part, even if it went badly it made their relationship stronger."
Were any Secret Crush dates particularly memorable?
"One guy came in with a banjo and played me a song. He had a crush on one of his best friends, he wanted her to be his 'Sandy' from the musical Grease but I'm not quite sure he measured up to be her 'Danny Zuko'. There were no hard feelings at the end."
Which Secret Crush couples were you rooting for in particular?
"I was rooting for a guy called Charlie who said he usually goes for quite butch guys. His date said the same thing. Neither of them were particularly butch but it worked out."
You filmed Secret Crush during lockdown which meant that the couples had to remain socially distant, how did this affect their dates?
"It definitely made things more difficult because some wanted to hug, some even wanted to have a little smooch, but they had to keep their distance. It's almost liked the new normal of dating though."
You are used to working alongside your comedy sidekick Donna Preston, what is it like working alone on Secret Crush?
"When I booked Secret Crush, I missed that shared excitement that you have with a partner when you've just booked a gig together. It was almost like I had to keep some of the excitement in otherwise I'd be bouncing off the walls. For me it was absolutely incredible, and I was so blessed that I was given the opportunity and so much responsibility for such an amazing project. I find it quite emotional even thinking about it."
Who is your celebrity secret crush?
"Who tickles my tummy? Let's say 50 Cent. I've been crushing on him for the longest. When I watched him in Power I was like 'damn! This is too much!'"
What would be your ideal date?
"I would love to have a date on a little boat, or a yacht, or even sat in a field in the middle of nowhere, having a picnic with some music. No phones, just love, fresh air and birds singing in the background.
Describe the best date you have ever been on and why.
"Me and my partner once had lunch at the top of the Atlas Mountains in Morocco. It was so peaceful looking at the greenery, watching the nature and just eating and being with the love of my life."
Have you ever been on a disastrous date? If so, what happened?
"My partner and I once went to a restaurant and were seated by a window. One of his friends walked past and my partner started banging on the window and screaming at the top of his voice. Everyone at the restaurant was looking at us and I just sat there with my head down."
Who is your favourite celebrity couple?
"Tiffany Haddish and Common. They're so cute together, I'm loving them. The other one is Katherine Ryan and her husband Bobby. Their story is so beautiful, it's like something you'd watch in a movie when the couple was dating when they were younger then got back together. But for them it's reality!"