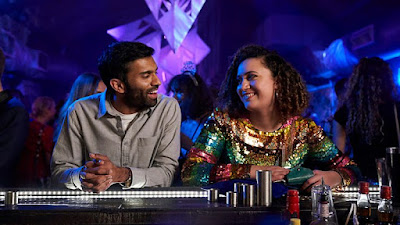 The announcement comes ahead of HBO Max's series one premiere on 10 June, and shortly after it debuted on BBC Three in the UK where it became the channel's best performing new comedy of the year with over three million requests on BBC iPlayer to date.
Co-written by Rose Matafeo, Alice Snedden, and Nic Sampson, and produced by Avalon, the second 6 x 30 series is set to continue the story of Jessie (Rose Matafeo), a millennial living in East London juggling two dead end jobs and navigating the complications of becoming romantically involved with famous film star Tom (Nikesh Patel; Four Weddings And A Funeral, Hulu; Indian Summers, Channel 4), and follow the couple as they realise they can't keep away from each other. Minnie Driver (Modern Love, Amazon; Good Will Hunting) is set to reprise her role as Tom's agent Cath, while Russell Tovey (Years and Years; BBC One, Him & Her; BBC Three) joins the cast for the brand-new series.
Rose Matafeo, creator and writer of Starstruck says: "Thrilled that Starstruck will be returning to the BBC Three for a second series, because I left my water bottle on set last year and I would love to get it back."
As well as airing on BBC Three in the UK and HBO Max in the U.S., series 1 and 2 of Starstruck will also air on ABC in Australia and TVNZ in New Zealand.

Email ThisBlogThis!Share to TwitterShare to FacebookShare to Pinterest
Labels: Starstruck