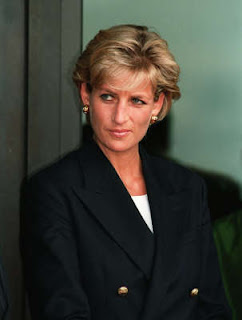 ITV has commissioned from 72 Films a new feature-length film "Diana" marking what would have been Princess Diana's 60th birthday, aiming to tell the definitive story of the most famous woman in the world.
ITV also announced a second commission Diana's Decades, a 3x60 series, from Spun Gold, taking in each stage of the princess's life as it played out against and influenced the spirit of the times.
Told in the present tense, the 1x90 film Diana draws on never-heard-before testimony and rarely-seen archive footage to immerse viewers in the most iconic moments of the Princess's life.
Using a rich tapestry of footage, photos and letters from those who were closest to the Princess, it pieces together her incredible journey from being a teenage Pimlico nursery assistant to finding her voice as the Princess of Wales.
The epic documentary, directed by the Bafta award winning Jemma Chisnall, also goes behind the scenes to provide a vivid insight into the complex woman behind the media image, who was by turns a global superstar, tabloid obsession, a wife in a tumultuous marriage, a devoted mother, a humanitarian icon and arguably the world's most hunted person.
Executive Producer for 72 Films, David Glover, says:
"There is something a bit magical about Princess Diana – and despite the difficulties in her personal life she managed to use her connection with people to do huge amounts of good. Her 60th birthday feels like the perfect time to re-examine her life and legacy and explore just how she went from a relatively unknown teenager to the most mourned person who ever lived."
The programme is commissioned for ITV by Jo Clinton-Davis, Controller of Factual Entertainment, who says:
"This year would have been Diana's 60th birthday, and the intention with this landmark documentary is to offer the definitive account of her life - both in front of the cameras and behind the scenes. It is a difficult undertaking to shed new light on the most emotional, dramatic and pivotal elements of the life of Diana, when that light still burns brightly. But by delving deep into her relationships with friends, colleagues and staff, our aim is to provide a vivid portrayal of the woman who became known as the Queen Of Hearts."
Diana's Decades will take a fresh approach to the princess's life – showing how she channelled as well as influenced the zeitgeist at the end of the 20th Century.  Each episode highlights how an era of her life encapsulated the spirit of the age and inspired profound social change. The series tracks down people – some who have never given interviews before - who met her or whose lives intersected hers in some way from her early Royal life as a shy bride, through her high-profile work for HIV charities and much publicised contact with Hollywood and pop royalty in the 1980s, through to her becoming the 'People's Princess' and emblem of a new public emotional candour in the changing face of Britain under New Labour in the 1990s.
The series includes extraordinary, rarely seen archive footage from the Princess's life alongside iconic scenes from the changing social, fashion and economic cultures Diana lived through during the 1980s and 90s – from the "big bang" in the City, the transition from Thatcherism to the Blair era and changing attitudes to sexuality, 24-hour news channels and the confessional TV of Oprah Winfrey, to the rise of the Spice Girls during "Cool Britannia".
Daniela Neumann, MD of Spun Gold TV says:
"Nearly 25 years on from her tragic death, Diana, Princess of Wales continues to lead our news bulletins and conversations not just in Britain but around the world. Diana's Decades takes a fresh approach to recounting her life and legacy by looking at how she was shaped by the changing world around her and as a result transformed not just the monarchy but also society more widely as her legacy."
Diana's Decades is a Spun Gold TV production for ITV. The series is filmed and directed by Nick Angel, produced by Jim Boyers and executive produced by Teresa Watkins. It was commissioned by Jo Clinton-Davis.