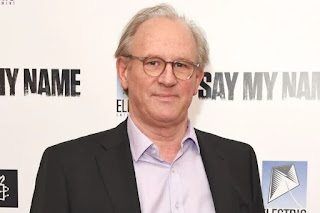 ITV announces further casting on The Larkins, the new television adaption of H.E Bates' novel The Darling Buds of May.
Already announced are Bradley Walsh (Pop Larkin), Joanna Scanlan (Ma Larkin), Sabrina Bartlett (Mariette Larkin) and Tok Stephen (Charley Charlton).
Joining them will be Peter Davison (the Vicar), Kriss Dosanjh (Brigadier), Amelia Bullmore (Miss Edith Pilchester), Seeta Indrani (Miss Chand), Robert Bathurst (Johnny Delamere), Stephen Hagan (Tom Fisher), Francesca Waterworth (Libby Fothergill), Barney Walsh (PC Harness), Tony Gardner (Alec Norman) and Selina Griffiths (Norma Norman).
Completing the Larkin family on screen will be Lydia Page (Primrose Larkin), Liam Middleton (Montgomery Larkin), Lola Shepelev (Victoria Larkin), Davina Coleman (Zinnia Larkin) and Rosie Coleman (Petunia Larkin).
The Larkins is a new six-part television adaptation of H.E. Bates' novel The Darling Buds of May, written by acclaimed screenwriter Simon Nye (Finding Alice, The Durrells, Men Behaving Badly) with the aim of capturing the warmth, optimism and escapism of The Larkin family for a modern generation.  Abigail Wilson (Trollied, Carters Get Rich, Stella) writes one of the episodes.
The book and its sequels were last adapted 30 years ago as The Darling Buds of May and became one of ITV's all time highest rated television comedy dramas winning critical acclaim and audience approval.
Set in the late 1950's, The Larkins is the story of a working-class family led by the golden-hearted wheeler dealer Pop Larkin and his wife Ma, together with their six children, including the beautiful Mariette.
Fiercely loyal to each other and their community, each Larkin family member has a strong work ethic, alongside a disinterest in authority.
In the idyllic and beautiful Kent countryside, known as the Garden of England, The Larkins have achieved a small patch of paradise where nothing is wasted and they enjoy life to the full.
There's an overwhelming sense of plenty in their lives and a lot of joy and raucous laughter, as Ma Larkin provides a seemingly endless supply of delicious, hearty meals.  And no matter what time of day, The Larkins and their guests aren't averse to enjoying the odd cocktail or two!
The Larkins are fundamentally good-hearted people who are always happy to share what they have with others, despite the fact that what they have is sometimes obtained by unusual means!  In a rather mean-spirited way their good heartedness is not always shared by certain members of the local community.
From government officials and snobbish second homeowners to aggressive urban developers, the Larkins often deal with threats to their idyllic way of life – but they never take things lying down.
Alongside their weekly battles with authority and snobbish villagers, The Larkins will follow the love story between Mariette and village newcomer Cedric 'Charley' Charlton. Charley arrives in the village as an unworldly and officious accountant from the city, there to investigate the Larkins' tax affairs.
He is soon distracted by the beautiful Mariette, with whom he falls head over heels in love.  However, he quickly discovers that he has a romantic rival in the form of the handsome and mysterious Tom Fisher. Mariette, on the other hand, may have plans of her own, which don't involve men.