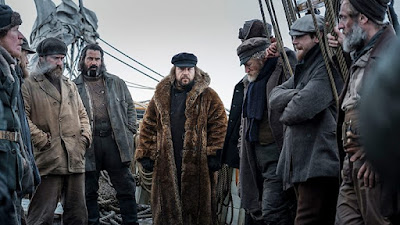 BBC Two has released a gallery of new images from its forthcoming cinematic drama series The North Water, airing this autumn on BBC Two and BBC iPlayer. Adapted for the screen and directed by Andrew Haigh, The North Water is made by See-Saw Films and Rhombus Media for the BBC. 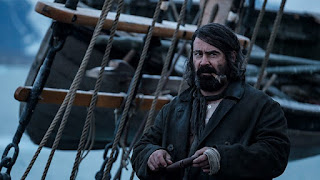 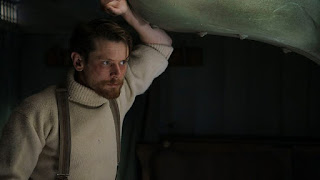 Set in Hull and on the ice floes of the Arctic in the late 1850s, The North Water's location work took place primarily in the Arctic, shooting on the frozen seas north of the Svalbard Archipelago. The cast and production team sailed as far as 81 degrees north to film sequences in the pack ice, the furthest point north it is believed a drama series has ever filmed before. Based on the acclaimed novel by Ian McGuire, the five-part series tells the story of Patrick Sumner (O'Connell), a disgraced ex-army surgeon who signs up as ship's doctor on a whaling expedition to the Arctic. But the ferocity of the elements is matched by the violence of his crew mates, with Drax (Farrell), a harpooner and distinctly brutal force of nature. As the true purpose of the expedition becomes clear, confrontation between the two men erupts, taking them on a journey far from solid ground and beyond the safe moorings of civilisation. 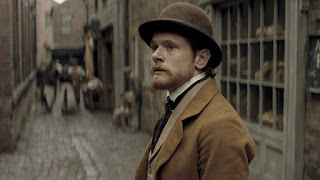 Commissioned by the BBC, The North Water (5x60') is made by See-Saw Films for the BBC and is adapted and directed by Andrew Haigh. Executive producers are Jamie Laurenson, Hakan Kousetta, Iain Canning and Emile Sherman for See-Saw Films, Niv Fichman for Rhombus Media, and Jo McClellan for the BBC. The series was produced by Kate Ogborn. The North Water is a co-production with Rhombus Media and is distributed internationally by BBC Studios.

The North Water will air on BBC Two and BBC iPlayer this autumn. 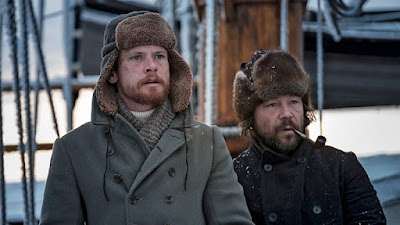 Email ThisBlogThis!Share to TwitterShare to FacebookShare to Pinterest
Labels: The North Water