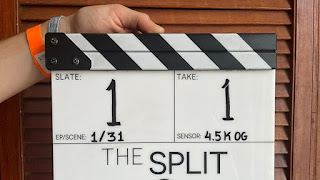 Further cast announcements include the return of Barry Atsma as Christie, Chukwudi Iwuji as Zander and Damien Molony as Tyler

Joining the cast will be Lara Pulver, while Dee Koppang O'Leary begins as lead director.
BBC One, BBC America and Sister are delighted to announce that production has started in London on Abi Morgan's returning drama - The Split - for the final part of its trilogy. The series will once again be distributed internationally by BBC Studios.
The highly anticipated series, set in the fast-paced, complex world of London's high-end divorce circuit is created by Bafta and Emmy Award-winning writer Abi Morgan (River, Suffragette, The Hour) and Executive Produced by Jane Featherstone (Chernobyl, Giri-Haji, Utopia), Lucy Dyke (The Split, Black Mirror, Ripper Street) and Lucy Richer (Small Axe, The Salisbury Poisonings, The A Word).
Alongside the returning three Defoe sisters (Nicola Walker, Annabel Scholey and Fiona Button), their formidable mother Ruth (Deborah Findlay) and Hannah's husband Nathan (Stephen Mangan), the production today reveals the eagerly awaited return of Christie, played by Barry Atsma; the catalyst to the breakdown of Hannah and Nathan's marriage in series two.
Also returning to The Split for its final series are Damien Molony (Tyler), Chukwudi Iwuji (Zander), Rudi Dharmalingham (James), Elizabeth Roberts (Liv Stern), Ian McElhinney (Prof Ronnie), Anna Chancellor (Melanie Aickman) and Kobna Holdbrook-Smith (Glen Peters), reprising his role as the Vicar who married Rose and James in season one.
Joining this formidable group is Lara Pulver (Sherlock) playing Kate, a leading child psychologist whose arrival adds a whole new layer of complexity to Morgan's multi-layered examination of divorce and modern marriage. This farewell series, equal parts electrifying, witty and heartbreaking, continues to put the Defoe sisters and their matriarch at its heart; a group of powerful women working together to help their clients, their colleagues and each other as they continue to navigate the messiness of life.
After audiences were left reeling by the collapse of Hannah and Nathan's marriage at the end of series two, we join them again 10 months on, following the two divorce lawyers as they negotiate their way through their own separation. With Dee Koppang O'Leary (Bridgerton, The Crown) boarding as lead director, Abi Morgan will conclude the trilogy with the most heartwarming and heartbreaking series to date, as we watch a divorce lawyer confronted with her own divorce. With Christie making a return combined with a shocking revelation, will Hannah and Nathan repair their broken marriage, or is The Split simply too deep to repair?
Abi Morgan says: "For every writer there are characters that stay with them, long after a show is over. Hannah Defoe and her family are just that, and it's been a welcome balm after a difficult year globally, to reunite this brilliant cast.
"The Split has been building to this exhilarating final act for the Defoes as they navigate their way through the marital make up and break up, both personally and professionally, at Noble, Hale And Defoe. They say you can't have new beginnings without endings, and I want to say a big thank you to the BBC and AMC, and the fans who have kept running by our side."