BBC heads Back In Time For Birmingham 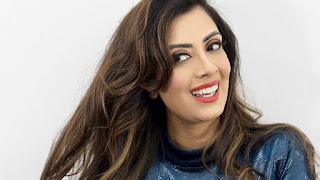 Commissioned to coincide with the Commonwealth Games in Birmingham in 2022, the series will be presented by BBC Asian Network's Noreen Khan, alongside social historian Yasmin Khan, and offers a celebratory look at the city and the vital contributions made by arrivals from the Indian sub-continent over the last 75 years. Today nearly 250,000 Brummies, more than a quarter of the city's population, have Pakistani, Indian or Bangladeshi heritage.
Starting in the 1950s when immigration from the Indian subcontinent began in earnest, the family will fast forward through five decades of rapid change, exploring every facet of British Asian family life. They'll take on the jobs of their predecessors, living where they lived, cooking what they ate, learning what they were taught at school and facing the same difficulties (how do you produce authentic home cooking when there's only swedes at the greengrocers and no-one sells chilli?).
They'll also devote their spare time to the same activities that were previously enjoyed - from celebrating Pakistan thrashing England at Edgbaston Cricket Ground, gawping open-eyed at what passed for 70s entertainment in the form of Mind your Language and bunking school for a 90s daytime bhangra rave complete with glow sticks.
Presenter Noreen Khan says: "I'm genuinely so excited to be a part of this incredible series! Taking viewers on an insightful, emotional journey over 5 decades of the South Asian story will be fascinating. Can't wait for everyone to watch this!"
Nasfim Haque, BBC Commissioning Editor, says: "I'm really looking forward to telling the story of Birmingham through the eyes of the British Asians who have made the city the vibrant and exciting place it is."