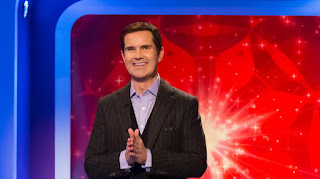 Channel 4 has commissioned a new primetime comedy gameshow, I Literally Just Told You created by Richard Bacon and produced by Expectation.

It's the only gameshow in history where the contestants are given every answer with the questions written, literally, as the show is happening. You just need to pay attention to everything that's going on.

With each correct answer adding more cash to their prize pot, can the competitors keep their focus and remember the things they've seen and heard just minutes before?

In the dramatic finale, the remaining two contestants set each other questions. It's a chaotic battle of wits.

This is the latest format from creator Richard Bacon, who executive produces the series alongside Adam Hutchinson for Expectation. It's Bacon's third format to go to series this year following This is MY House (BBC One) and The Hustler (ABC).

Commenting on the show, Richard Bacon said: "I Literally Just Told You just feels like a natural Channel 4 show, who are a perfect fit for this, and it's irreverent nature takes me back to my Big Breakfast days. I had this hunch that most people's short-term memory is so bad you could just give contestants AND the audience all the answers in a game show, and they'd still get most of them wrong. It's great to have Jimmy Carr as the host, who will bring his trademark wit and flair to the show and I can't wait for audiences to see it."

Jimmy Carr added: "I Literally Just Told You is the best pitch for a TV show I've ever heard. All the best ideas sound crazy when you first hear them, but I genuinely believe this idea will stay crazy for years. And most importantly, I like the title, which makes it sound like I'm properly annoyed with you just for asking me what it's called."