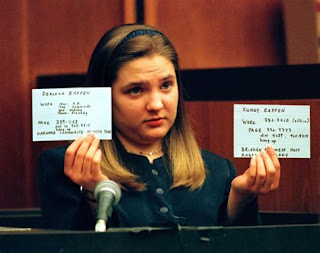 In 1997 the case of Louise Woodward stunned the world. The trial of the 19-year-old British nanny living in Massachusetts, charged with murdering eight-month-old Matthew Eappen, struck a nerve on both sides of the Atlantic. Now, Channel 4 has commissioned Naked (a Fremantle label) to produce Louise Woodward: Villain or Victim? a 3 x 60' documentary series examining the murder charge, trial and appeal in a new context.
The tragic case saw Woodward in an all-or-nothing trial, where no charge lesser than second degree murder would be considered. The polarising trial saw the jury deliver a guilty verdict, after being presented with evidence of symptoms synonymous with Shaken Baby Syndrome. Justice protest rallies followed in both the UK and US, on separate sides of the argument.
With unprecedented access to both defence and prosecution lawyers, detectives, paramedics and journalists, Louise Woodward: Villain or Victim? will detail and re-examine the divisive case, the trial and its conclusion which saw the judge throwing out the jury's decision, reducing Louise's murder conviction to involuntary manslaughter and releasing her from prison.
Fatima Salaria, Managing Director of Naked, said: "The media circus around this story means it has remained in the public consciousness for over 20 years. With the opportunity to look back with fresh eyes alongside exclusive access to both sides of the story, this documentary offers a new perspective on the case."