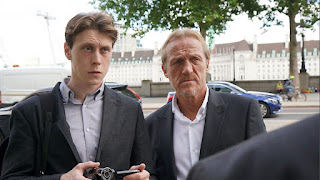 First look images have been released of Jason Watkins (Line Of Duty, The Lost Honour Of Christopher Jefferies), Victoria Hamilton (Doctor Foster, Life), George MacKay (1917, Pride) and Jerome Flynn (Game Of Thrones, Ripper Street) starring in BBC One's new conspiracy thriller, The Trick.
The landmark film (1x90') tells the story of world-renowned Professor Philip Jones, Director of Climate Research at the University of East Anglia, who back in 2009 found himself at the eye of an international media storm, and the victim of cyberterrorism.


With time running out against an unseen enemy, The Trick looks at the potentially devastating consequences to humanity from climate change denial; how a media storm undermined public confidence in the science and how the concept of 'truth' took a back seat - causing us to lose a decade of action. The film also charts the unjustified persecution of Phil Jones (Jason Watkins), his wife Ruth's (Victoria Hamilton) fierce support of her husband, and the fight for the ultimate exoneration of himself and the science. 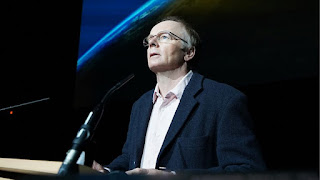 The ensemble cast also includes George MacKay (1917, Pride), Jerome Flynn (Game Of Thrones, Ripper Street), Adrian Edmondson (The Pact, Save Me), Aneirin Hughes (Hinterland, Keeping Faith), Pooky Quesnel (The A Word, The Victim), Richard Elfyn (The Pact), Rhashan Stone (Keeping Faith, Finding Alice), Justin Salinger (Hanna), Tara Divina (Line Of Duty) and David Calder (Time, The Hatton Garden Job).
This powerful single drama is produced by Vox Pictures, the team behind the critically acclaimed Keeping Faith, and is written by Bafta-nominated Owen Sheers and directed by Pip Broughton. Adrian Bate produces for Vox Pictures and it is executive produced by Ben Irving for the BBC.
The Trick (1x90') is coming this autumn to BBC One and BBC iPlayer. 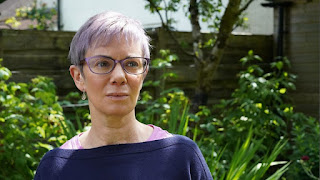