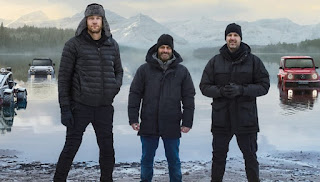 BBC Studios is transferring production of the show to its Bristol base from 2022. The move will create a number of openings for editorial and production management personnel based in the nations and regions.
BBC Studios Bristol is the production hub for many long-running factual entertainment programmes including Countryfile, DIY SOS, Antiques Roadshow, Fake or Fortune and Gardeners' World. It's also home to the world-renowned Natural History Unit which produces landmark titles such as Blue Planet II and the popular live Watches series including Springwatch and Winterwatch.
Top Gear's iconic track and spiritual home at Dunsfold Aerodrome in Surrey will continue to be utilised for filming recordings whilst the series itself films across the UK and around the world.
Production for the show's 31st series has been taking place all over the UK during the Summer and the team recently completed its first international shoot since prior to the pandemic when the presenters and crew visited Iceland. The 33rd series, due on screens in 2022, will be the first to be produced from the new base in Bristol