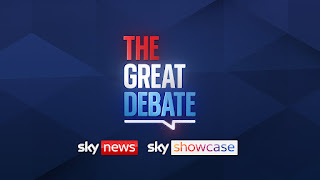 Sky News has announced the arrival of a new programme The Great Debate.
Hosted by Trevor Phillips, the weekly discussion programme will give the audience the power to question the decisions that are made about their lives and interrogate the people who make them.
The dizzying speed of the news agenda can lead to a cacophony of competing opinions. In contrast, The Great Debate will spend a full hour exploring in depth and in detail the single issue dominating the news that week, helping the audience find answers to the questions that matter to them.
The programme will feature contributions from the leading experts, opinion-formers and decision-makers in that field. But it will put the audience at the heart of the show – they will determine the questions, recount their experiences and share their views.
Trevor Phillips said: "In a world where things are moving faster than ever, where there is more information than most of us can handle, and people in charge too often underestimate the intelligence of the public, there should be room for informed debate that wrestles with questions to which there are no easy answers.
"The Great Debate audience will be the star of our show - our agenda will be set by real world opinion rather than people with titles in front of their names or letters after them.
"Nothing is off limits. That means we can't be sure what questions will be asked and no one will know what the answers will look like. But everyone will emerge with a fuller understanding of the issues that matter to our viewers, and we hope a passion to join in the argument."
The Great Debate will be broadcast simultaneously on Sky Showcase and Sky News at 9pm, weekly from Monday 27th September.