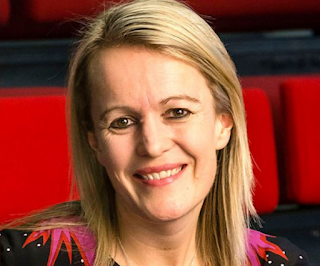 BBC and NBCUniversal announced today the order of a British and a US version of the hit Dutch psychological adventure format The Traitors.
The UK series has been ordered by Kate Phillips, Director of BBC Entertainment for BBC One and BBC iPlayer. Jenny Groom, EVP, Entertainment Unscripted Content, NBCUniversal Television and Streaming has ordered the US version, which will be released as a Peacock original series. Both series will be produced by recently announced Studio Lambert Scotland.
Contestants in the game move into a majestic castle and work as a team to complete a series of dramatic and challenging missions to earn money for the prize pot. But three of the contestants are secretly traitors, who will attempt to deceive and manipulate their way to the prize by eliminating 'loyal' contestants. Who will prevail? Will the traitors be unmasked in time?
The original (Dutch) version was created by Marc Pos, developed by All3Media's IDTV & RTL Creative Unit and produced by IDTV. It launched in March this year on RTL4, the most-watched commercial broadcaster in the Netherlands. It was an instant ratings hit, attracting a 43 percent share of 25-54 year-olds and 50 percent share of 16-24 year-olds. A second series was ordered after just two episodes aired and has also been picked up by VTM in Belgium. All3Media International is distributing the format worldwide.
Kate Phillips, Director of Entertainment, BBC Commissioning, says: "The Traitors is a high-stakes entertainment series full of false promises and paranoia. Set against the stunning Scottish landscape, I can't wait for these very different Highland Games to begin where the biggest rule of all is trust no one!"