BBC Three commits to second series of dating reality series: I Like The Way U Move 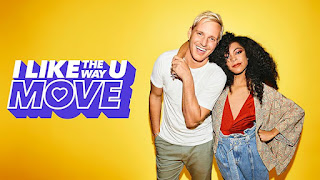 I Like The Way U Move is a new dating reality series for BBC Three in which single professional dancers and rookie non-dancers compete to find a connection both on and off the dance floor.
All episodes of series one are streaming on BBC iPlayer now.
Casting has now begun for series two, with applications open for single professional dancers and single rookies who want to find love.
Fiona Campbell, Controller, BBC Three, says: "I Like The Way The U Move is such an inclusive series with huge ambition and spectacular dances. It's an original take on the dating show and we're really behind it, so we wanted to show our commitment to the format with this recommission. It has all the ingredients and potential to be a hit for BBC Three and we hope audiences are getting stuck into the series that has just landed on BBC iPlayer."
Suzy Lamb, Managing Director, BBC Studios, says: "BBC studios is thrilled to be making a second series of I Like The Way U Move for BBC Three. So many genuine connections and matches have been formed in the first series and we are delighted to be returning again and getting audiences hooked with our unique and compelling spin on dating."
More information about series two will be revealed in due course.