GamesMaster reboot to be hosted by Robert Florence 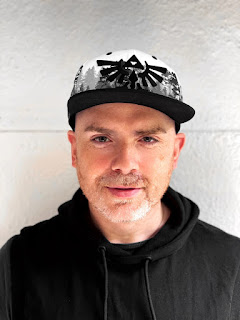 Robert Florence, who will also serve as creative consultant on the show, will host. His co-hosts will be esports and gaming host, Frankie Ward and newcomer Ty Logan.
Florence is a writer, actor and presenter who has written and starred in a range of BBC comedies, including Burnistoun and The Scotts, as well as computer games show, VideoGaiden.  He is also one half of the UK's longest running online videogame review show, Consolevania.
Co- host, Frankie Ward is an established face in esports, known for desk and stage hosting, as well as interviewing players across numerous game titles including Counter-Strike: Global Offensive, League of Legends, Overwatch, Call of Duty and many more. She is also one of the faces of the PC Gaming Show, an annual showcase of some of PC Gaming's most exciting new releases and a much-anticipated part of E3's calendar. As well as presenting a variety of esports broadcasts, Frankie hosts Save Your Game - the Red Bull Gaming Podcast.
This is Ty Logan's first broadcast presenting credit, after being named earlier this year as one of E4's faces of the future. He is an actor, writer and social media content creator who has had roles in major short films such as Exposed, The Essence 2 and The Re-Up 2. Ty is passionate about gaming, representing the casual gamers out there and ready to thrash anyone at FIFA.
Host, Robert Florence said: "I'm hugely honoured that I've been trusted with ushering a new generation of challengers to their glory or humiliation, under the unflinching gaze of the GamesMaster. I look forward to finding out how much I can get away with."
Co-Host, Frankie Ward said: "I couldn't be more excited to be part of the GamesMaster team, especially as the one thing I love almost as much as playing games is watching other people play them - and believe me when I say I take the art of celebrating their triumphs and failures very seriously indeed…"
Co-host, Ty Logan said: "I'm so excited to be joining the presenter team on GamesMaster. From being an E4 Face of the Future to fronting such a brilliant show, with this incredible team, is a dream come true. Let's go!""


The series will see celebrities, gaming stars and super fans all take part in challenges, races and epic fights. Through virtual battles across a range of games, the competitors will try everything in their power to claim a legendary Golden Joystick Trophy. But whilst they play, they'll be watched over by the all-knowing GamesMaster. The face of the GamesMaster will be revealed in due course.
GamesMaster originally ran from 1992 to 1998 and was one of the first dedicated video gaming TV shows in the world. With all but one series hosted by acerbic Scottish comedian Dominik Diamond, this new incarnation is continuing in the same punk, off the wall style of the original.