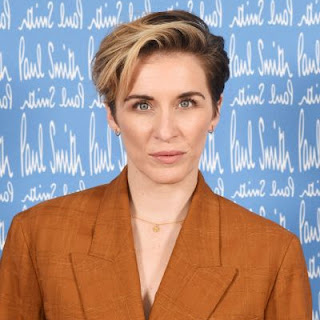 A four-part psychological thriller exploring the relationship which develops between a grieving mother and the man she believes murdered her daughter is the subject of new ITV drama, Without Sin.
BAFTA and RTS award winning actress Vicky McClure (Line of Duty, This is England, Broadchurch, Trigger Point) will play the leading role of Stella Tomlinson, whose 14-year-old daughter Maisy, is found dead at their family home with the bloodied, hooded figure of Charles Stone standing over her.
Acclaimed film and television actor, Johnny Harris (The Salisbury Poisonings, Medici, Troy: Fall of a City) will star alongside Vicky as Charles.
Without Sin will be produced by Left Bank Pictures (Quiz, The Crown, Behind Her Eyes) and co-produced by Vicky and Jonny Owen's production company, Build Your Own Films. It is written by Nottingham-born Frances Poletti (Charlie Says, Miss Todd), who created the series for Vicky and Johnny, reuniting the pair on screen for the first time since 2010's This Is England '86.
The Nottingham-based drama focuses upon Stella's life three years on from the death of her teenage daughter and how she is still hostage to her grief. The loss of her beloved only child has created deep divisions in her life, as she struggles on a daily basis to come to terms with this.
Wracked with guilt and remorse at the events of that night, she chooses to live a nocturnal existence as an Uber driver. She is estranged from husband Paul, who still lives in the family home. When contacted by Restorative Justice, and in an attempt to move on, Stella and Paul reunite to listen to a taped recording of Charles, who they believe wants to atone for his sins and apologise for murdering their daughter.
Following this development, Stella returns to her roots in the Millfields estate. Surrounding herself with the people she trusts and holds dear, her mother Jessie and best friend Remy, she decides to take things with Charles one step further.
Stella agrees to visit the prison alongside a Restorative Justice Mediator and come face to face with her daughter's killer. But nothing could prepare her for what Charles has to say next…


Without Sin will be filmed in Nottingham and Shrewsbury during the autumn of 2021 and international distribution for the drama will be handled by Sony Pictures Television.