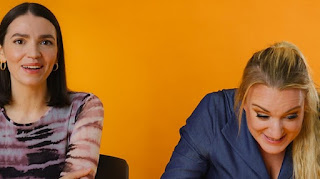 At the heart of this female fronted series is Nic (Daisy May Cooper) and Jen's (Selin Hizli) budding friendship. Jen arrives in town with her son Harry and disrupts Nic's lonely life with fun, laughter and booze. Nic's son Ollie also finds a new friend in Harry. Female friendship at its naughtiest and most intoxicating. That is until everything unravels. A twisted comedy thriller about two mums, marital angst, maternal paranoia and a dead cat.
Writer-creator Daisy May Cooper says: "So excited to be writing this with my best friend and the funniest person I know on a subject that I think sums us up perfectly…. Toxic friendship."
Writer-creator Selin Hizli adds: "Everything about creating this show has been a dream come true. Jack Thorne, Lookout Point and Boffola Pictures have been incredible. I can't wait to bring this dark, funny world to life with Jonny Campbell and I'm so thrilled it has found its home at the BBC. Now I just have to put up with Daisy for a bit longer while we film it…"
Kate Phillips, former Acting Director of BBC Comedy, says: "We are so proud that Daisy is continuing her relationship with the BBC to make this very special series with her best friend Selin. The scripts are golden and ooze pure comedy brilliance – viewers are going to devour this!"
Pippa Brown, Creative Director for Lookout Point says: "I feel like a prize winner getting to work with the absolute dream team of Daisy, Selin, Jack and Jonny on this incredible series. They've created an ambitious show that is totally unique in tone and genre and full of brilliant female talent - we can't wait for everyone to fall in love with Nic and Jen."
Jack Thorne, Executive Producer says: "Working with Selin and Daisy on this has been a joy. The way they've managed to balance joy and truth, funny and real, it's been a brilliant education for me as a writer. And the less said about that dead cat the better. Can't wait to get on set and see what magic they and Jonny make."
Jonathan Blyth, Director of Comedy at BBC Studios says: "We are delighted to be working with Daisy again on her next authored piece, and with Boffola and Lookout Point on their first comedy commission, to bring this brilliant comedy - thriller to a global audience."
The series (title is to be announced) will film in Bristol and around the West Country this autumn with further casting and broadcast details set to be announced in due course.