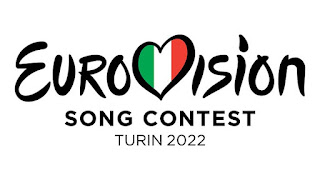 As exclusively revealed on BBC Radio 1, for the 2022 Contest the BBC and BBC Studios will be collaborating with TaP Music, the global music publishing and management company behind some of the world's most successful pop artists, such as Dua Lipa, Lana del Rey and Ellie Goulding, in order to choose a song and act that will represent the United Kingdom in the biggest and most watched music contest on the planet.
Kate Phillips, Controller Entertainment Commissioning for the BBC says: "In the UK our love for Eurovision is as big as ever and we have grand ambitions for the 2022 Contest, so we're really excited to announce this collaboration that will enable us to tap into some great music talent."
Suzy Lamb, Managing Director for BBC Studios says: "BBC Studios are proud to once again be producing the coverage of the biggest music competition in world. We're excited to be collaborating with TaP Music. Their expertise in managing world class artists and finding huge international hit records speaks for itself and we look forward to working with them on the UK act and song for the 2022 contest."
Ben Mawson, TaP Music says: "We're really excited to be teaming up with the BBC for this event and will use Eurovision to authentically reflect and celebrate the rich, diverse and world-class musical talent the UK is globally renowned for."
The broadcast of the Eurovision Song Contest Grand Final on BBC One continues to be one of the most popular Entertainment programmes on the BBC, with the most recent broadcast reaching an average audience of 7.8 million (BBC 30 Day All Screens) in the UK, making it the most watched Grand Final in the UK since 2014. It is also one of the most popular Entertainment programmes for younger audiences on the BBC with 1.5 million 16-34 year olds tuning in.
The 66th Eurovision Song Contest will take place in May 2022, with the Grand Final confirmed for Saturday 14th May 2022. Further details will be announced in due course.