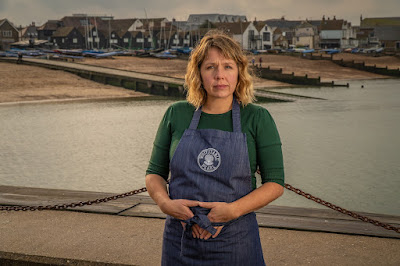 Based on the much-loved novels, “The Whitstable Pearl Mysteries” by Julie Wassmer, the second six-part series (6 x 45’) sees the return of Kerry Godliman (Ricky Gervais’ After Life) in the lead role as Pearl Nolan. Howard Charles also returns as DCI Mike McGuire and Frances Barber as Dolly Nolan, Pearl's mother.

Øystein Karlsen will again be Executive Producer on Whitstable Pearl. Mike Walden (Marcella), who worked alongside Karlsen on season one, picks up the reins as lead writer for season two whilst award-winning director Jon Jones (Hanna, We Hunt Together) has boarded as lead director. Additional writers for season 2 include Kam Odedra (McDonald & Dodds), Jess Williams (Grantchester) and Ben Tagoe (Lucky Man).

Whitstable Pearl explores the dark undercurrents of murder and debauchery swirling beneath the surface of the picturesque 16th century English seaside town of Whitstable, famous for its native oysters and buffeted by the prevailing winds and spray of the North Sea.

Distributed internationally by Cineflix Rights, the Acorn TV Original Series will begin production in Whitstable, England in February 2022. The series will exclusively premiere on Acorn TV in North America, New Zealand, Australia, and the United Kingdom. 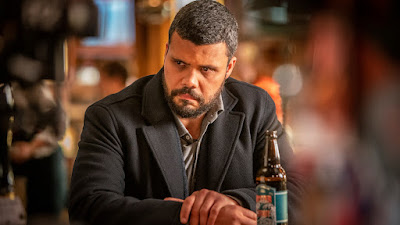 The series follows local celebrity Pearl Nolan, chef and owner of the eponymous Whitstable Pearl restaurant which she runs alongside her son, Charlie, waitress Ruby, and in spite of her mother, Dolly. She is also the proprietor of a detective agency, finally putting her distant police training to good use.

In Season One, Pearl juggled her commitments to her restaurant, with her ‘side hustle’ as a PI. In Season two, Pearl will prioritise her detective work and transition from being a chef who solves crimes, to a full time investigator who just happens to own a restaurant.

Pearl's cases overlap with Mike McGuire's police investigations. Their relationship is charged by a determination to outdo each other, and a fiery mutual attraction. When they compete, sparks fly and tempers flare. When they work together, they make one hell of a team.

Julie Wassmer said, “Knowing how well Whitstable Pearl has been received across so many territories, I’m sure viewers will be as excited as I am to know the series is returning for a new season in which Pearl will be immersed in more crime, family drama and a compelling will-they-won’t-they love affair – all set against the stunning backdrop of Whitstable’s mysterious coast - with a to-die-for cast who bring so much to every character. ”

Kerry Godliman said, “I’m delighted to get the chance to play Pearl for a 2nd series. She’s such a rich character to dive into and I adore her passion for Whitstable, justice and oysters…and maybe a certain DCI too. Can’t wait!” 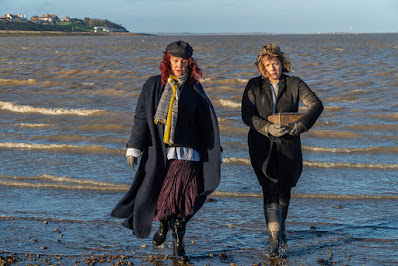