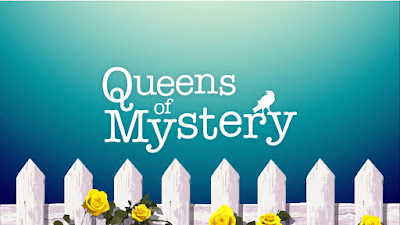 Then two episodes per week follow on subsequent Mondays.

Roll out the red-carpet. The Emmy Award-nominated Queens of Mystery is back for a second series of the brilliant, bold and thrilling homegrown hit mystery drama. Making its World Premiere exclusively on Acorn TV, this Acorn Original series created by writer Julian Unthank (Doc Martin, New Tricks) is wickedly offbeat, with bold visuals, quirky characters, and darkly comic murders.

Series two sees the return of British acting favourites Julie Graham (The Bletchley Circle, Shetland, Penance), Siobhan Redmond (Unforgotten, The Replacement, Taggart), and Sarah Woodward (The Pale Horse, Quiz, The Politician’s Husband) as the eponymous queens. Florence Hall (Jonathan Creek) joins the cast as detective niece Matilda, who is ‘helped’ by her mystery-writing aunts who believe their knowledge of crime fiction makes them perfectly qualified to help her solve whodunit-style murders. Now in the swing of things in her hometown of Wildemarsh, Matilda lives happily above her Aunt Jane’s ‘Murder Ink’ bookshop, but it’s not long before the town has a killer in its midst, and as always, Aunts Beth, Cat and Jane are on hand to assist in the investigations.

When Matilda investigates a murder at Wildemarsh Wellness Retreat, she finds several people with distinctly unhealthy intentions towards each other, and a second death at the retreat leads Matilda to uncover a heart-wrenching tragedy, waiting to be avenged…

A body is discovered at the opening of a new art gallery where her Aunt Cat is exhibiting. When Matilda interviews the suspects it doesn’t paint a pretty picture, but after a second murder, she realises there’s more to the murders than meets the eye.

Matilda investigates what appears to be a robbery with clues reminiscent of her own mother’s disappearance — but when Aunt Jane finds a body it becomes a murder case. As Matilda searches for the identity of the killer, there are other parties much closer to home who’d prefer Matilda not uncover the truth.

Sign up for a free trial of Acorn TV UK now: https://signup.acorn.tv

Email ThisBlogThis!Share to TwitterShare to FacebookShare to Pinterest
Labels: Queens of Mystery