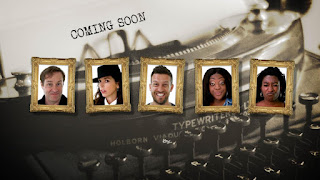 Following the crowning of the latest champion, BAFTA winning show Taskmaster reveals the brand-new series 13 line-up featuring five courageous comedians eagerly waiting their turn to step into the Taskmaster's house and show their mettle in the most hard-fought but utterly ridiculous show on television. Airing in 2022 on Channel 4, Taskmaster stars the show's creator Little Alex Horne scuttling behind the deafening footsteps of demanding overlord and the Taskmaster himself, Greg Davies.
Hoping to win valuable points, eternal glory, and favourable treatment from the Taskmaster are: stand-up, actor, and author Ardal O'Hanlon (Father Ted, C4), award winning comedian Bridget Christie (Stand Up For Her, Netflix), stand-up comedian and TV host Chris Ramsey (The Chris Ramsey Show, Comedy Central), comedian and presenter Judi Love (Loose Women, ITV), and comedian, actress, and podcaster Sophie Duker (Live At The Apollo, BBC One). Having voluntarily signed up for the inevitable metaphorical slaughter at the hands of the tyrannical Taskmaster, each contestant will be put through their paces in a brand new set of tasks designed to test their daring, dexterity and dignity under extreme pressure. Who of our latest quintet will be immortalised in the Taskmaster Champion hall of fame?