You Don't Know Me A BBC One mini-series, in association with Netflix, adapted from Imran Mahmood’s bestselling novel. 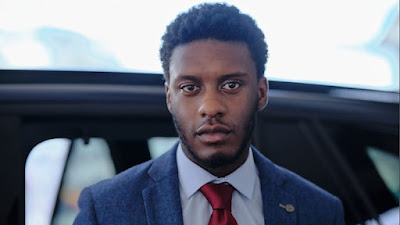 What is You Don’t Know Me?

An Introduction by Imran Mahmood (Author)

You Don’t Know Me is a story told by a defendant in a dock, giving a speech to the jury. He is one of the thousands of young men, strangers to privilege and opportunity, who are caught in the net of the criminal justice system each year. For those young men, the court is a system designed to deal with them but not to communicate with them. Not to understand them.

This story, although fiction, hopes to reproduce the feeling that many defendants have when they are in court - which is one of being in enemy territory. As a defendant, you sit in a highly charged place and let complex and obtuse arguments of law wash over you. You aren’t required to participate. You aren’t required even to understand. And to make matters worse when you look around the court, you see nothing familiar. No faces are faces like yours. You sit there behind glass being managed and processed. Often oblivious. Often deliberately kept that way.

And when the court looks back - in particular the jury - it sees a defendant that it doesn’t know. There are no bridging points between their lives. In You Don’t Know Me, Hero, shouldn’t stand a chance. He doesn’t even have a lawyer who could lay themselves down as the bridge between his world and theirs. But to solve that problem he invites the viewer into his life and dares them to know him. Hero believes that if he can be understood better, he will be treated more fairly. And that maybe is at the heart of the story - to challenge ourselves to know our neighbours better, so that we may better see where and how society fails some people. So, we can see our similarities and close our eyes to the things that divide us.

Hero tells you about the things in his life that join us. He shows us the people he loves, because love is part of a common currency. He tells us about the pain of loss, because loss is on the other side of love and we know that world. And slowly, by this trick, he seduces us into his world and into understanding him. Into knowing him.

Email ThisBlogThis!Share to TwitterShare to FacebookShare to Pinterest
Labels: You Don't Know Me