Tributes paid to DJ Janice Long, who has died 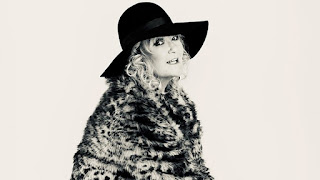 Janice Long, best known as a presenter on Radio 1, Radio 2, Top of the Pops and most recently on Radio Wales has died after a short illness at home on Christmas Day with her family, her agent has confirmed. She was 66 years old.
Janice Long became a household name when she joined BBC Radio 1 in 1983. Following time as cabin crew and in telesales, Janice became a station assistant at BBC Radio Merseyside in Liverpool in 1979.
When she joined Radio 1 in 1983, she was the first female to have her own daily show on the station and later became the first woman to be a regular presenter of Top of the Pops where she hosted the show for five years. She was also one of the main presenters of the epic Live Aid concert in 1985.
Since 2017, Janice hosted the evening show on BBC Radio Wales. She also hosted A Long Walk with… Janice Long, which was first broadcast in August 2017 on BBC Radio 2.
In between her journey from Radio 1 to Radio 2, Janice also presented the Dream Ticket for BBC 6 Music, the GLR breakfast show and XFM breakfast show.