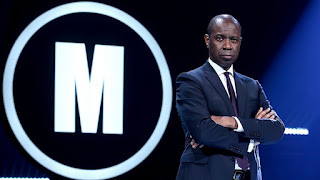 This year's Celebrity Mastermind lineup was announced today, with 56 daring celebs taking on the renowned black chair with their chosen expert themes. When the series returns to BBC One on Saturday, February 5th, Clive Myrie will take over as host.


Episode one features former England goalkeeper footballer, David James, comedian and actor, Ellie Taylor, popstar Antony Costa, and the most famous parish councillor in the country, Jackie Weaver.
Clive Myrie says: "I can't wait to reveal how some of the nation's best loved celebrities deal with the black chair! It'll be fun for viewers, though maybe less for our celebs, but win or lose, they'll be helping their favourite charities. So bring it on!"


The full line-up is as follows:
Week one
David James, former England goalkeeper on Roy Lichtenstein