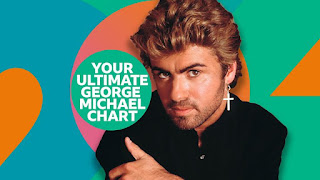 The poll was held in December as part of Radio 2's Celebrates Songwriting season to commemorate George's astounding 40 years as one of the world's most popular singer-songwriters.


George and his bandmate Andrew Ridgeley collaborated on the song Careless Whisper. George got the concept for the song while riding the number 32 bus home as a teenager, when he was only 17 years old. It was George's first album as a solo artist. In July 1984, the song was published and quickly rose to the top of the UK charts. In addition to the United States, Australia, Canada, France, Holland, Italy, Ireland, South Africa, and Switzerland, the song topped the charts in all of these countries. In 1984, it earned the Ivor Novello Award for Most Performed Work.


The George Michael Estate says: "George would be delighted, just as we are, that Radio 2 listeners have voted Careless Whisper as their favourite George Michael song. George had a longstanding and treasured relationship with his audience and we are all moved to see that the bond is as strong as ever. We would like to thank you from the bottom of our hearts and wish you all a happy New Year for 2022."
Andrew Ridgeley says: "I am delighted that Radio 2 listeners have voted Careless Whisper paramount of a stellar constellation of songwriting gems. It is testament to the timeless and fundamental essence of the song the teenage George and I considered the jewel in our very slender songwriting repertoire, that its youthful, but beautifully expressed lament of lost love endures to touch the hearts of listeners still."