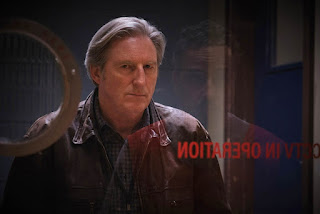 Ridley, an ITV detective drama featuring Adrian Dunbar as the titular character, has started filming in Lancashire. The retired detective, who is now working as a consultant, reunites with his former protégée, DI Carol Farman, who is now in command of investigations and is played by Bronagh Waugh (Unforgotten, The Fall).
Filming across the North of England the Ridley cast also includes Terence Maynard (Time, Coronation Street) as DCI Paul Goodwin, George Bukhari (Years and Years, The A Word) as DC Darren Lakhan, Georgie Glen (The Crown, Call the Midwife) as pathologist Dr Wendy Newstone. The regular cast will also include Bhavna Limbachia (Citizen Khan, Coronation Street), Aidan McArdle (The Trial of Christine Keeler, The Fall) and Julie Graham (Shetland, Penance).
Adrian Dunbar:
"Ridley has begun shooting and we really couldn't be off to a better start. Despite the wintry weather, everything from cast and crew right down to the catering is excellent. Bronagh Waugh has stepped into her character's shoes seamlessly and we have been joined by some great actors with more to come."