The BBC's award-winning Storyville strand, which showcases the best in international documentaries, has announced a fresh slate of eight films for early 2022. 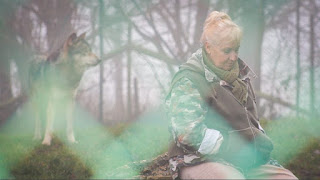 The films, which will begin airing on BBC Four and BBC iPlayer on Wednesday, January 26th, have already received international acclaim: Writing With Fire has won a number of honours, including The Sundance International Film Festival's Audience Award for World Cinema Documentary and The World Cinema Documentary Special Jury Award, and President has been nominated for the 2021 Gotham Awards.


Final Account
To coincide with International Holocaust Memorial Day, Storyville brings viewers the acclaimed film, Final Account, filmed, directed and produced over 10 years by the late Luke Holland. The documentary is a portrait of the last living generation of everyday people to participate in the Third Reich.
Raising vital, timely questions about complicity, authority, national identity, and responsibility, men and women, ranging from former SS members to civilians, by-standers speak for the first time about their memories and perceptions of some of the greatest crimes in human history.


Misha And The Wolves
Misha And The Wolves is the dramatic tale of a woman whose Holocaust memoir took the world by storm, but a fallout with her publisher - who turned detective - revealed an audacious deception created to hide a darker truth.
In the early 1990s, Misha Defonseca began to tell friends in the Jewish community of Massachusetts of her terrible experiences as a young girl during the Holocaust: stripped of her identity, and 'hidden' in the house of a Catholic family, she decided to run away, walking east across Europe, eating earthworms and insects, befriending wolves, evading the Nazis and living by her wits in search her deported parents.
On hearing this incredible account, local publisher Jane Daniel persuaded Misha to write her story as a memoir. Before the book was even written, the buzz began. The press picked up the story and film and translation rights were being sold around the world. By the time the book was finished, Oprah's Book Club came calling, and their involvement guaranteed an international bestseller.
Then something strange happened. Misha grew uncooperative and refused to go on the live TV show. Thus began a three-year feud between Misha and her publisher that ended in court, with her publisher accused of stealing the copyright and withholding royalties. The publisher was ordered to pay damages of $22 million. In an effort to rebuild her reputation, Jane Daniel delved deeper into Misha's story.
Misha And The Wolves is a cinematic documentary about truth and lies, about history and imagination and how and why we believe the stories we're told.


President
When Dictator Robert Mugabe was ousted by his own party, Zimbabwe's new leaders promised a democratic Presidential election - the first since the start of Mugabe's rule almost 40 years earlier. Against a backdrop of economic crisis, food shortages, and political violence, the stakes could not be higher.
Working to defeat the ruling party, which has controlled Zimbabwe since independence, is the young and charismatic Nelson Chamisa, who draws comparisons to a young Nelson Mandela. The campaign will set the course for the future of the country. After decades of corrupt elites using any means necessary to retain power, can a free, fair, and transparent election be truly possible?
With this sequel to her widely acclaimed documentary Democrats (2014), which followed the political battle to establish Zimbabwe's first democratic constitution, Director Camilla Nielsson brings viewers into the heart of an epic struggle for power.


Try Harder
The super smart, mostly Asian-American students at San Francisco's Lowell High School are stressed out.
They are in the midst of applying to college, and under pressure to get a prized spot at one of the country's most elite institutions. It's an emotionally draining process. The students scrutinize how every element of their application, from their classes to their extra-curricular activities to their racial identities, might be read by admission officers. At Lowell it's cool to be a nerd, and nearly everyone has an amazing talent; the things that usually make a student stand out, can feel commonplace perhaps...
With humour and heart, director Debbie Lum takes us to the reality of the American college application process and the intersection of class, race, and educational opportunity as experienced by high school seniors living through it. Try Harder! is a portrait of young adults in the most diverse American generation ever as they navigate a quintessential rite of passage and make it their own.


Writing With Fire
In a cluttered news landscape dominated by men, emerges India's only newspaper run by Dalit women. Armed with smartphones, Chief Reporter Meera and her team of journalists break with tradition to work on the frontlines of India's biggest issues.
Writing With Fire is set in the heart of Uttar Pradesh, India's most populous state (200 million inhabitants), known for its levels of corruption, violence against women and oppression of its minorities. It is against this backdrop that we are introduced to the work of Khabar Lahariya (KL), India's only digital news agency run by Dalit women, who belong to the lowest caste (characterised as 'untouchable').
With exclusive access to the personal and rapidly changing professional worlds of Meera and her journalists, we see them negotiate obstacles and inch closer to their dream of becoming a relevant independent regional news agency.
This is the first-time modern Dalit women are seen on screen, not as victims of their circumstances but as writers of their own destiny. It is an essential portrait of the fight for press freedom.


Tango With Putin
In 2008, Natasha Sindeeva, marries a wealthy banker. The former music radio producer dreams of becoming famous and decides to build her own independent TV station, Dozhd (Rain) in Putin's Russia. The plan was to be light and have fun with a focus on pop culture, but it soon turned into something different. Building an open-minded team of outcasts, many of them gay and opponents of the President, Dozhd began covering the biggest stories of the day - from the war in Ukraine, to anti-corruption investigations and the unveiling of state propaganda, profoundly changing both the station, and Natasha's life and values.
Natasha and her team find themselves trying to protect independent journalism in their country. As the channel shifts from a station about glitz and glamour to one that tackles the hard-hitting issues Putin's Russia doesn't want people to know, the government puts up more roadblocks to stop them. Natasha doesn't give up easily.


GORBACHEV. HEAVEN
In this intimate portrait of the former leader of the Soviet Union, Mikhail Gorbachev reflects on his life, and how he changed the world. Gorbachev's time in power was marked by the collapse of the Soviet Union - labelled 'the Evil Empire' by the then US President, Ronald Reagan. Gorbachev was the architect of Glasnost and Perestroika and tore down the Berlin Wall, giving the Soviet Union a chance to be free.
But at the same time, under his watch, the Soviet authorities tried to cover up the explosion at the Chernobyl nuclear plant, whilst in Tblisi, soldiers wielding shovels brutally suppressed protesters and Soviet tanks killed peaceful demonstrators in Baku. The Soviet Empire collapsed under him. Today, his own people condemn him - a lonely old man living the last days of his life in an empty mansion in the suburbs of Moscow.


Truffle Hunters
Deep in the forests of Piedmont, Italy, a handful of men, 70 or 80 years young, hunt for the rare and expensive white Alba truffle - which to date has resisted all of modern science's efforts at cultivation. They're part of an eccentric world never seen, guided by a secret culture and training passed down through generations.
Working alongside the noses of their cherished and expertly trained dogs, they live a simple, slow way of life, in harmony with their loyal animals and their picture-perfect land, seemingly straight out of a fairy tale. They're untethered to their mobile phone screens or the internet, opting instead to make their food and drink by hand and prioritizing in-person connections and community.
The demand for white truffles increases year after year, even as the supply decreases. With climate change, deforestation, and a lack of young people taking up the mantle, the truffle hunters' secrets are more precious than ever. In this scrumptious cinematic journey, it soon becomes clear that these ageing men may just hold something much more valuable than even the prized truffle: the secret to a rich and meaningful life