The teaser for Sky's highly awaited documentary on Janet Jackson, has been released, along with the premiere date. 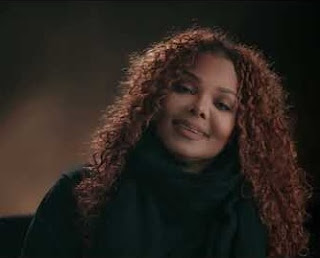 Sky has released a trailer for Janet Jackson's eagerly awaited documentary. The four-part documentary, produced by Workerbee (a Banijay UK company) and co-produced by AEC (Associated Entertainment Corporation), explores the life storey of icon Janet Jackson in her own words, and will air on Sky Documentaries in two double bills on consecutive nights, with all four episodes available on NOW from Monday, January 31.


This will be the definitive report on Janet Jackson, one of the best-selling and highest-earning artists in music history, as we commemorate the 40th anniversary of her debut album. Janet has had a lot of success, but she's also witnessed a lot of sadness. In the face of intense public scrutiny, she has had a difficult private life. Janet Jackson for the first time ever raises the curtain on her private life and unveils the most intimate moments of the diva ever caught on camera, leaving no stone untouched.


Janet returns to her hometown of Gary, Indiana, for a two-night, four-hour documentary event to witness where her extraordinary adventure began. She begins to dwell on her own life and her ascension to the top. Janet covers everything from her Superbowl appearance with Justin Timberlake in 2004, to the controversies surrounding her brother Michael Jackson, to becoming a mother later in life in a way she's never done before.


The film explores difficult topics such as family connections, drug addiction, race relations, sexuality, and the Jacksons' rags to riches storey, all while using great archive footage from Janet's long and illustrious career.