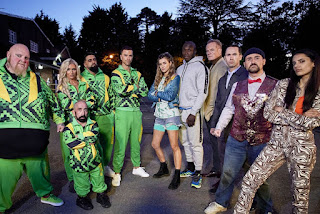 Holly (Jahannah James), a disgruntled wannabe wrestler facing the battle of a lifetime, is the star of the 6 x 30" series. Holly's mother, Pam (Pippa Haywood), is heartbroken when her brother Nick Nitro (Richard Fleeshman) poaches all of Boss Pro's top wrestlers. It appears like the North West's oldest pro-wrestling firm is doomed. But, if Holly can assemble Boss Pro's surviving gang of misfits, the company might just make it...if Pam would only let Holly wrestle herself.


We join the Boss Pro crew as they look toward a summer of slams and self-discovery – can our underdogs come together and come out on top to put on the show of a lifetime?

Louise Delamere and Stephen Mangan, Executive Producers said "We can't wait to unleash the wonderful Deep Heat on the world – a high-energy and joyous comic celebration of wrestling, glamour and tight spandex".