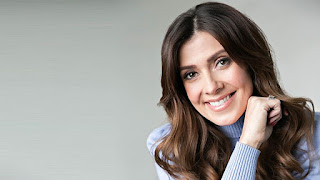 As filming for the highly anticipated BBC One school drama Waterloo Road begins on set in Greater Manchester, the casting of new school employees has been revealed.
Kym Marsh (Coronation Street, The Syndicate, Morning Live) has joined the cast as Nicky Walters, a mother of two students and a school canteen worker, according to the production. Wendy Whitwell, the PA to Headteacher Kim Campbell, is played by Jo Coffey, and Lindon King, joint Deputy Head, is played by Vincent Jerome (Wonder Woman 1984, Transformers: The Last Knight), with Joe Casey, also Deputy Head, played by James Baxter.


Kym Marsh says: "I'm thrilled to be joining the fabulous cast of Waterloo Road, it's such a joy to get the opportunity to film in Manchester again and I can't wait to get going!"