The first trailer for the brand new Sky Original Funeral For A Dog has been released. 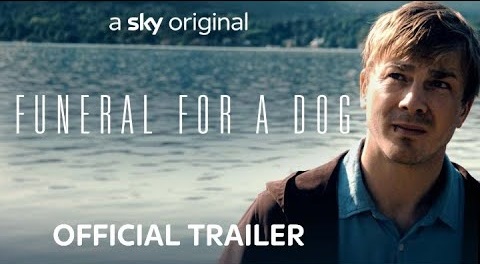 
The fictitious drama series, based on Thomas Pletzinger's novel Funeral For A Dog, follows journalist Daniel Mandelkern (Albrecht Schuch) as he travels to Italy for an interview with renowned writer Mark Svensson (Friedrich Mücke), who lives beside a remote lake. The fascinating narrative of Mark, his buddy Tuuli (Alina Tomnikov), and Tuuli's missing partner Felix (Daniel Sträßer) fascinates Daniel. It's the narrative of a close friendship between three people that begins in South America and continues via the Artic Circle to New York on September 11th, culminating in a tragic loss. Daniel believes he recognises these characters from Mark's work, but something isn't quite right, and as he digs more, he discovers something surprising.


Funeral For A Dog comes to Sky Atlantic and streaming service NOW from 17 March.

Email ThisBlogThis!Share to TwitterShare to FacebookShare to Pinterest
Labels: Funeral For A Dog