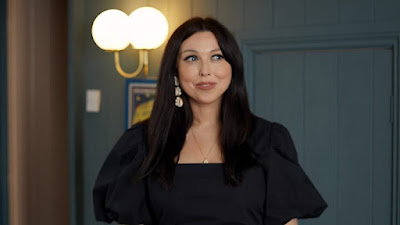 Rain Dogs, starring Daisy May Cooper and featuring the great new voice of Cash Carraway, has begun filming in Bristol.

Rain Dogs is a wild and punk storey of a mother's love for her kid, deep and passionate connections, and brilliance hindered by poverty and prejudice. Rain Dogs stars Daisy May Cooper (This Country, Am I Being Unreasonable, Witchfinder) as Costello Jones, Jack Farthing (Spencer, The Lost Daughter, Chloe) as Selby, Ronk Adékolujo (Alex Rider, Chevalier, Doctor Who) as Gloria Duke, and Fleur Tashjian (Alex Rider, Chevalier, Doctor Who) as Gloria Duke in her debut role as Iris Jones. They're our four wonderful Rain Dogs, a makeshift swaggering family who thrive on rebellion and turmoil, as well as a deep love for each other.

Costello Jones (Daisy May Cooper) is a writer and single mother with a rock and roll swagger and a glint in her eye, a woman who appreciates the glamour of the gutter but would do anything to keep her daughter, Iris, from it.

Iris (Fleur Tashjian) is a hustler in kid’s clothing who loves South Park, William Morris wallpaper and, more than anything, her mum.