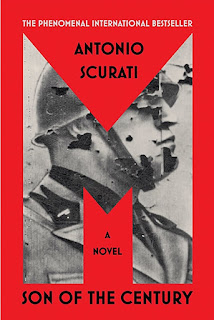 From the founding of Fasci Italiani in 1919 to Mussolini's infamous speech in parliament following the murder of socialist MP Giacomo Matteotti in 1925, the eight-part series from Sky Studios, produced by Lorenzo Mieli for The Apartment Pictures, a Fremantle Company, in collaboration with Pathé, will cover the period from 1919 to 1925. The series will also provide viewers an inside look at Mussolini's personal life, including his marriage to Rachele, his affair with Margherita Sarfatti, and his interactions with other historical characters. The series, like the novel, will chronicle the narrative of a country that fell prey to authoritarianism and a man who was able to emerge from the ashes time and time again.


The drama is written by Stefano Bises (Gomorrah – The Series, The New Pope, ZeroZeroZero, Speravo de morì prima) in collaboration with Davide Serino (1992, 1993, The King, Exterior Night). The series will tell the events with historical accuracy, with every event, character, dialogue and speech documented or witnessed by multiple sources.

Filming will begin in 2023 and the series is set to be shown on Sky.

Email ThisBlogThis!Share to TwitterShare to FacebookShare to Pinterest
Labels: Son of the Century