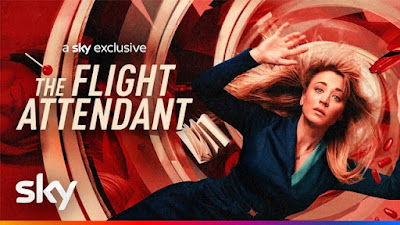 Cassie Bowden (Kaley Cuoco) is a sober Los Angeles resident who moonlights as a CIA asset in her leisure time. However, when she is unwittingly witnessing a murder while on assignment abroad, she finds caught in yet another international mystery. Los Angeles, Berlin, and Reykjavik were used to film the season.

Email ThisBlogThis!Share to TwitterShare to FacebookShare to Pinterest
Labels: The Flight Attendant