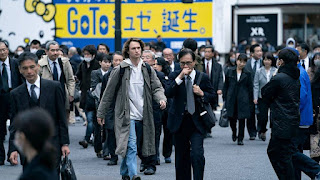 I am a few episodes into Tokyo Vice already, and think this is a smart decision by the BBC.

Mainly in Japanese with English subtitles, there is some English spoken in the show.


Sue Deeks, Head of Programme Acquisition, BBC, says: "The BBC are delighted to be the exclusive Free TV home of Tokyo Vice. With the first episode superbly orchestrated by Michael Mann, the series is a fascinating and immersive dive into the neon-lit underbelly of 1990's Tokyo and a crime world dominated by the yakuza."
The BBC has the second window in the UK with the free to air premiere and it will air later this year.
The series recently premiered on HBO Max in the US.